What to do when you get a Spider Bite 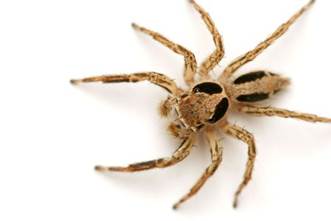 Crunchy little devils. They sneak around in the back alleys of closets and under garden rocks and rarely show themselves boldly. A Spider bite can range from a small annoyance to quite painful, even dangerous, depending on the species.

So while it may not prevent us from being bitten, owning a homeopathy kit can be one of best defenses against the pain and injury of a spider bite. Owning one of these nifty medicine boxes filled with antidoting homeopathic medicines and knowing how to use it can put things right. Indeed, homeopathic medicines have a reputation for minimizing pain, swelling and poisonous effects from the bites of these creatures. It’s actually not unusual to note the soothing effect of the remedy within minutes and its curative ability to tone down the potential long-term sufferings as well.

Most spider bites are not dangerous to one’s health but can be quite painful. A bite from a non-poisonous spider is best treated like any other insect bite or sting. If the wound appears bluish, with shooting pains and/or feels cool but then feels better when cold is applied, as with an ice compress, the remedy to pull from your kit is Ledum palustre 30. This may be administered every 10 to 30 minutes until the pain subsides. As the pain improves, reduce the frequency and stop once the bite is very much better.

If the bite is hot, swollen and red or looks like hives, try Apis mellifica 30c, administered in the same manner as Ledum, above.

Poisonous spider bites, on the other hand, while usually not fatal in adults, can cause serious harm and may be fatal in children, the elderly and those with compromised immune systems. The venom can cause muscle cramping, blistering sores, nausea, chills, difficulty breathing and fever.

The brown recluse spider likes to live in dark, undisturbed places inside the house, such as under furniture, inside closets, inside heating vents and conduits, in cracks, and among old books, boxes, toys and clothes or outside under rocks or inside hollow tree trucks. This spider is nocturnal, shy and usually non aggressive. It can live up to six months without food or water, hiding in its lair during the day and roaming about at night.

People are most often bitten when they touch a spider that is caught between a part of the body and another surface, for example, hiding inside clothing or shoes or under furniture. Bites may also happen, somewhat rarely, to a sleeping person when the spider climbs up the bed sheets.

At first, the area around the bite appears swollen but may not become painful until hours later. The area then turns red and hardens. It can eventually turn into an ulcer with a dry bottom, blue or gray borders and a red center. Other symptoms include fever, joint pain, shivering, nausea and vomiting. Healing can take months and may leave a scar. In serious cases, surgery may be needed to remove necrotic tissue.

The primary remedy is Lachesis 30C, administered three times over 24 hours. If the wound becomes septic or develops red stripes extending from the wound site, Pyrogenium 30c may be administered every 10 to 30 minutes. If no improvement is seen with Lachesis, and the wound is cold to the touch, consider Ledum 30C.

The black widow is perhaps the most common poisonous spider in North America. It can be found throughout the United States but is mainly located in the southern and western regions of the country. It can be easily identified by its black body and the distinctive red hourglass pattern on its back. The female is also known for biting and eating the male after mating.

The initial bite may feel like a pinprick, but severe pain at the bite site and an overall numbness soon set in. Other symptoms include painful cramping, rigidity of the abdominal muscles, difficulty breathing, sweating, dizziness, nausea and vomiting. In pregnant women, the bite of the black widow may induce early delivery.

Again, the first remedy to consider is Lachesis, one dose every 10 to 30 minutes until improvement is seen. If no improvement ensues after several doses, the alternative choice is Latrdectus mactans 30C, a remedy made from the black widow spider.

If you live in an area where poisonous spiders abound or travel to areas that do, having these remedies in your homeopathy kit can save you and your family from considerable pain and suffering. And once you’ve discovered their therapeutic facility, you’ll likely be interested in learning how these little gems root out other illnesses as well.

Topically for on the spider bite

ASAP OTC™ is a water-based hydro gel for use in moist wound care management. The gel may inhibit growth of microorganisms within the dressing.

ASAP OTC™ has been evaluated in standard tests that show it can reduce the levels of common microorganisms including: Staphylococcus aureus, Pseudomonas aeruginosa, Escherichia coli, MRSA and VRE, as well as fungi such as Candida albicans and Aspergillus niger.

He says the silver helps with the inflammation and itching, and the bentonite clay helps draw the poison out of the bite.

SEE A PHYSICIAN IMMEDIATELY FOR ANY OF THE FOLLOWING

Notify Your Physician for any of the following

**These statements have not been evaluated by the Food and Drug Administration.  This product is not intended to diagnose, treat, cure or prevent any disease.

Clinical Study: Socks For Balance & Stability Summary of “Effect of DNS Socks on Overall Balance and Stability Using The Sway Medical Application“ If your foot

What You Should Know About Your Thyroid Labs

Man Understanding thyroid labs can be tricky. Many medical professionals are educated that the only thyroid test that matters is the TSH. Although TSH is

Why Your Collagen Depletes With Age

Maybe you’ve seen collagen advertised in food, skin cream, pills, or powders. The word is spreading about this nutrient important for a healthy, vibrant body.

Collagen is a protein that is found in many parts of the body, including the cartilage between bones. Since collagen is made up of amino